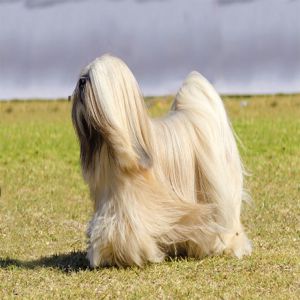 he Lhasa Apso dogis originally from Tibet, where he was a highly regarded watchdog in the palaces and monasteries of his mountainous homeland. Today Lhasa is no longer a palace guard but primarily a who loyally protects his family from danger. Though small in stature, the Lhasa is a sturdy and independent dog.