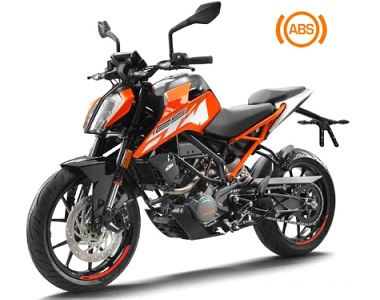 KTM Duke 125 is an introductory bike from the Austrian bike maker KTM. It's a sports bike that combines powerful engines, completely different style, sleek Sportive Look, different color and graphics. Only very few models are available in Bangladesh from this world famous company, among which KTM Duke 125 is one. Although its price is almost sky-high in the context of Bangladesh, it is also being added to the collection of amateur bikes here. - There is huge difference between KTM Duke 125 European Version and Indian Version where Design, LED Headlight, Wire & Tyres, Fuel Tank, Ground Clearance & Dry Weight, Instrument Console even price not same. - KTM Duke 125 Indian Version is a pure naked street sports bike which almost all component made by Bajaj Auto India. Where the main concept was to build a quality naked sports bike within cost effective formula. - KTM Duke European Version also same as a pure naked sports bike, which made by KTM Europe, This version is expensive, They don’, t compromise with price sensitive issues. In this bike, the 124.7cc engine has been used, which is Single-cylinder 4-Stroke Engine and Water-Cooled. Its maximum power is 14.75 Bhp @ 9500 rpm and the maximum torque 11.80 Nm @ 8000 rpm. It uses 6-speed manual gear, and its maximum speed is 120 kilometers per hour. The bike, which has 13.4 liters of fuel capacity, is able to cross about 30 kilometers per liter of fuel.